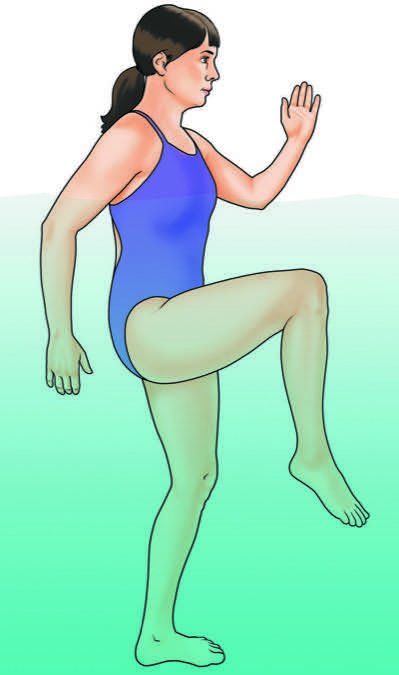 If you have arthritis in the knees and other joints in the lower body, simple movements of daily life can be painful, leading you to do less and less. But this can make matters even worse. “Moving joints helps to keep them lubricated, which helps to maintain function,” says aquatic expert Christine Schulte, PT, MBA, Director of Rehabilitation and Sports Therapy at Cleveland Clinic.

If exercising is problematic, try doing it in a pool. “The buoyancy of the water decreases compressive forces within the joints,” says Schulte. “The deeper in the pool you go, the more these forces decrease.”

Just being in the water has benefits. In water, the pressure at your feet is greater than the force at the surface. This hydrostatic pressure assists blood flowing from the limbs back to the heart. The improved circulation allows you to exercise more effectively without the soreness you get on land. It also helps alleviate swelling in ankles and knees that can restrict movement.

You can do lots of exercises in water, but it can be as simple as multidirectional movement. Take five steps forward and five steps backward. Then step to the side. The water creates resistance when you change direction.

You don’t need a large pool. In fact, a smaller pool may be better. Take a few quick steps, stop and change direction. The water will rebound on you, which makes you contract your core and extensor muscles, and stabilize your hips. “You can make this more fun by doing a little dancing in the pool,” says Schulte. Or play catch, which requires you to make unanticipated movements. Having other people in the pool at the same time also helps because the extra turbulence in the water creates more resistance.

These activities help build strength to allow you to function better on land. “When you work in the kitchen, for example, and you go from the refrigerator to the stove and to the sink, you’re moving in a multidirectional way,” says Schulte.

Multidirectional movements in water have the added benefit of improving reaction time, which can help prevent falls. “The water sloshing against the side of the pool and then coming back at you forces you to contract your core and stabilize,” says Schulte. 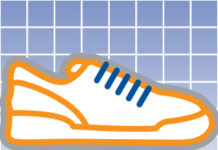 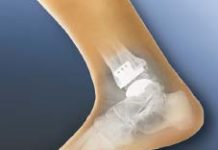 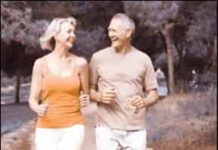