While you can get the flu any time, it’s more common in the fall and winter. The flu starts to increase in October and peaks between December and February. Flu season lasts through April or even May. Last year was a particularly bad flu season.

“Everyone should get a flu shot every year,” says Cleveland Clinic physician Cassandra Calabrese, DO, in the Department of Rheumatologic and Immunologic Disease. “There are no reasons not to.”

What Is the Flu?

Getting the flu is a miserable experience, causing fever, chills, cough, body aches, sore throat, stuffy nose and headache. It generally lasts about a week. This is a nuisance. For some people, it can bedangerous.

Children, older adults, and people with some chronic diseases (including rheumatoid arthritis and psoriatic arthritis) or a weak immune system are more vulnerable to complications of the flu, such as pneumonia, and hospitalization. Every year, several thousand people in the United States die from the flu.

Some of the drugs people with rheumatoid arthritis or psoriatic arthritis take suppress the immune system, which adds to their risk for infections, including the flu. Therefore, it is especially important to take precautions against it. These drugs also may make the flu vaccine less effective. “People with these conditions should still get vaccinated,” says Dr. Calabrese.

Who Needs a Flu Shot?

Every year different strains of the influenza virus are prevalent. Therefore, a new vaccine is created each year to protect against the strains that are predicted to be mostcommon.

Last year’s flu vaccine reduced the risk for getting the flu by only about 40 percent, according to the Centers for Disease Control and Prevention (CDC). “But some protection is always better than no protection,” says Dr. Calabrese.

The CDC recommends yearly flu vaccination for everyone over the age of six months. In the past, people with an egg allergy were advised not to get a flu shot because the vaccine is manufactured in eggs. Based on studies showing that allergic reactions are unlikely, the CDC changed this recommendation. “Even if you have an egg allergy, go get your flu shot,” says Dr.Calabrese.

Older adults can get a standard flu shot, but they also have two additional options. A high-dose vaccine is four times more powerful than the standard one. Another option is the adjuvanted vaccine, which creates a stronger immune response. These stronger vaccines are more likely to cause mild side effects, such as redness, headache or muscle aches.

People ages 2 to 49 who don’t like to get a shot can get the vaccine in a nasal spray (FluMist). People taking certain medications (such as biologic agents) may not be able to get the nasal spray. 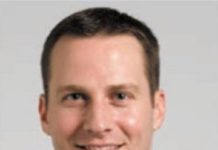 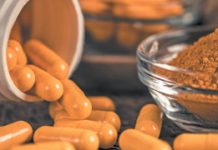